The vehicle referred to as the BigFoot in the production documents is a shell of a Dodge Fargo tray top pick up truck on top of a monster truck chassis. Two actual monster trucks were used in the making of the movie. The monster trucks were both Australian made Shattered Silence and Stress Factor. One of the trucks had a 572 Chevrolet block engine with a Turbo 400 transmission, petrol fueled. Top speed of 120km/h. The Dodge Fargo shell was widened at the cab with a visible middle section welded in. The whole body was ground to bare metal. The rear of the truck makes space for three people, one seat for the gunner operating the flamethrower or the harpoon gun. Both weapons have a plexiglass shield to protect the gunner.There is an additional rollcage in the back of the vehicle. The tyres are over 5.5ft high. The back of the vehicle is decorated with chains hangind down and a number of doll head signifying Rictus' childlike nature.

The vehicle appears to be second in command and is Rictus Erectus' vehicle of choice. To emphasize Rictus's physical size this vehicle is big and bulky with weapons to show off Rictuses firepower. The vehicle first appears next to Immortan's Gigahorse as it's approaching the Toxic Storm.

After the Rock Raiders drop boulders on the pass the Bigfoot driven by the Immortan is the only vehicle capable of driving over the rocks and continuing the pursuit of the War Rig. On board of the BigFoot are now Rictus, Nux and two Imperators. Eventually the vehicle catches up with the War Rig nearly missing being hit by the exploding unhooked gasoline pod. After the car pulls up next to the War Rig one of the Imperators is killed by Furiosa. Nux convinces Immortan to get him aboard the War Rig but his plan immediately fails. Immortan then speeds up and jumps in front of the War Rig, another Imperator is promptly shot by Max and Furiosa. Rictus then fires the harpoon into the cabin of the War Rig, ripping out the steering wheel and pinning Max's hand to the door. Max is freed from the grip by Angharad and Capable who cut the chain of the harpoon. After Angharad slips and falls off the War Rig, Immortan steers hard left to avoid running her over which rolls the vehicle over. The car is later seen again flipped over as the war party drives back through the canyon.

After the filming both of the cars were stripped of their movie look and returned to their owners. Shattered Silence returned to performing as a show monster truck whereas the frame of the Stress Factor was severely damaged after the stunt. 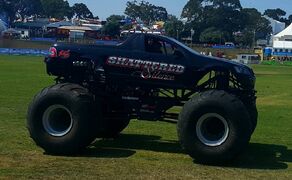 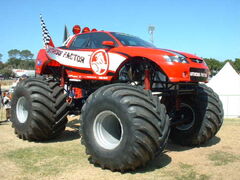 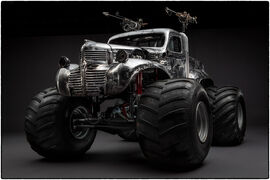 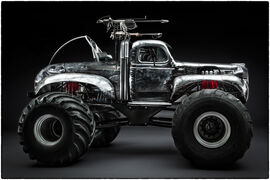 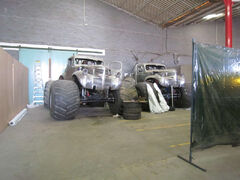 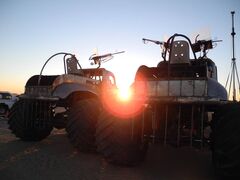 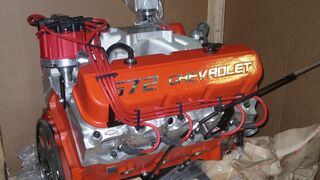 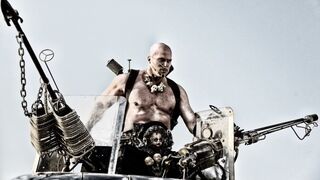 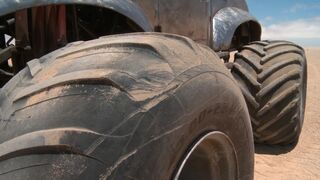 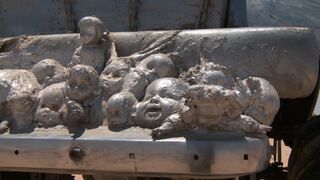 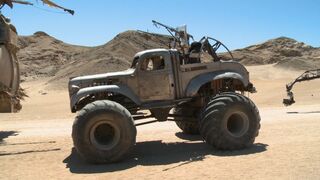 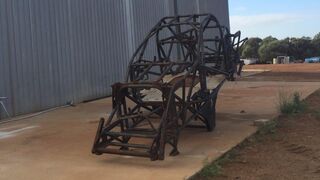 Stress Factor damaged frame
Add a photo to this gallery
Retrieved from "https://madmax.fandom.com/wiki/Dodge_Fargo_1940_%22BigFoot%22?oldid=19183"
Community content is available under CC-BY-SA unless otherwise noted.