This timeline has been assembled from various interviews with the creators of the movies, official documents & other legitimate sources. Movies themselves provide very little backstory and concrete information as to what exactly triggered the events leading up to the apocalypse and how the movies relate to themselves. The first movie gives almost no exposition except for the opening line "A few years from now". The sequel provides a vague description of events that led to the apocalypse, not detailed enough to determine when it happened and who was responsible for it. The third movie shows a bit more of the backstory but again, it is rudimentary. The entire Mad Max trilogy does not explicitly provide any dates except for two hidden dates in Mad Max and one partially obscured in Mad Max: Beyond Thunderdome. The dates are as follows (in order of appearance):

The first movie was set some odd 10 years after the 1973 oil crisis, without any backstory written by the creators at first.

After the release of Mad Max, Terry Hayes was hired to flesh out the complete backstory for the first and the second Mad Max film he started working on. He based it on the 1979 oil crisis that was caused by the Iranian revolution. He speculatively turned that conflict into a war in the Persian Gulf which would have thrown the entire world into chaos that would eventually impact Australia. The first Mad Max is a movie set years after the beginning of that conflict with the fabric of society on the brink of complete disintegration.

According to the dates provided by production documents and movies themselves, the original trilogy starts in mid 1980's and ends in 2005.

"Law and order, like every other aspect of the Western society have been swept away - put to the torch one early morning when Iranian troops trying to export revolution, struck deep into the heart of Saudi Arabia".[1] The war between Iran and Saudi Arabia left the Persian Gulf devastated in just two days. The oil fields were set ablaze and oil export halted almost immediately. Prices of oil doubled, then quadrupled and quadrupled again. North West and Trans-Persian pipelines have been destroyed shortly after. The West's seven biggest oil companies led by Exxon (The 7 Sisters Petroleum - as seen on the tanker in Mad Max 2) have immediately announced they would no longer be able to fulfill their supply contracts, leading to their subsequent bankruptcy.

The price of gold skyrocketed along with the inflation. In an attempt to save the economy and conserve fuel - martial laws have been announced all across the world. Italy and Spain have been taken over by the military. The Australian economy collapsed, companies filed bankruptcy one after another. Massive lay-offs caused the heavy industry to shut down. In Sydney & Melbourne panic turned into riots. Politicians in Canberra ordered a titanium barrier to be constructed around the city for maximum protection. People tried to withdraw savings from banks only to see the bank doors nailed shut. Gas stations were sucked dry by people fighting over last drops of gasoline. Ordinary citizens began to arm themselves. The Outback was slowly taken over by biker gangs. The remaining oil tankers were under constant attack. Vehicles that ran out of fuel were abandoned on the roads. Intercity communication stopped.

Main Force Patrol (MFP) was formed as the last-ditch attempt to uphold the law on the roads. Max Rockatansky was one of the best drivers in the MFP. He went rogue after his friend and family were killed by a biker gang.

Coal & fuel powered generators ground to a halt causing the lights to go out. All electrical appliances stopped working. Suddenly food became a precious commodity. Looting became common by day, preying on the weak common by night. It had become obvious that the weak would perish and the strong would survive. As a result, lone scavengers began to form gangs that roamed the outback in their home-made dune buggies, modified cars and bikes.[2]

People were fleeing the cities. Papagallo - a former oil company employee - took maps leading to the Compound and headed there along with the others.[3] Max wandered out into the Wasteland. Lord Humungus - a former military member whose face had been disfigured in an accident[4] formed a gang along with Wez. He banded together smaller gangs into one consisting of ex-military members, punks, skinheads and other willing individuals.

At this point, the MFP ceased to exist and the former officers joined gangs, such as the one led by Lord Humungus. MFP vehicles were scavenged and modified by the gangs to become faster and better adapted to the harsh outback environment.

Three years after the events in Mad Max the society was in complete decay, the economy was nonexistent, people had fled out into the outback for safety only to find that Marauders were roaming there for fuel and resources. The gangs started sweeping the outback to attack any and every settlement, this including Papagallo's Oil compound.

Any attempt to accumulate goods and resources in fixed settlements became futile because they would eventually be discovered and attacked by roaming gangs. The only way to survive was to stay mobile. This led to a vehicular arms race where only the fastest and most powerful vehicles could provide safety by either outrunning or fending off the marauders. This in result forced people to modify existing vehicles or build completely custom ones from scratch. It spawned a new breed of custom vehicles such as the Humungus' Truck or the Lone Wolf Machine, a trend which would continue on.

After the economy collapsed and the fabric of society disintegrated across the world, the remaining governments were still trying to secure the last oil reserves. This had led to a global nuclear exchange. It is unknown who struck first, but everyone had suffered. Nuclear winter followed shortly after. After the nuclear attack the pilot Captain Walker tried to take people out to safety from Sydney onboard of a Boeing 747. The plane had crashed due to turbulence and the remaining survivors formed a tribe. The Nuclear Summer came and climate changed once again, becoming dry and hot with deserts starting to form.

15 years after the events of Mad Max 2, the society as we know it no longer exists. The only remaining shreds of civilization either live off of the old world or decided to start over again. Water is scarce and radioactive. The landscape had been turned into a desert. Oil is nowhere to be found. Bartertown had managed to create a form of power source by producing methane from pig feces. Remote oil refineries still seem to exist, as exhibited by Gastown. 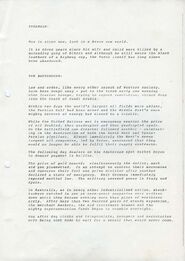 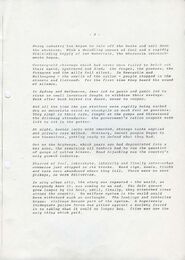 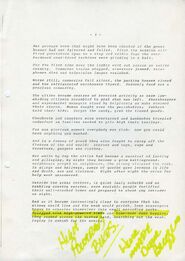 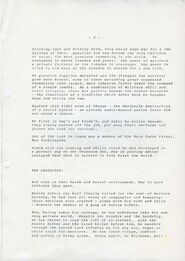 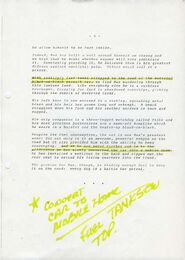 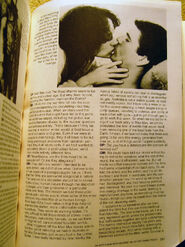 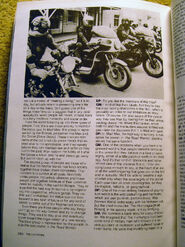